Well October is gone, (I cannot believe it) and I promised several blog posts on the conferences etc and just never got to it. I was determined today to finish up some stuff, and I am taking a little break to post some photos from the events of October. 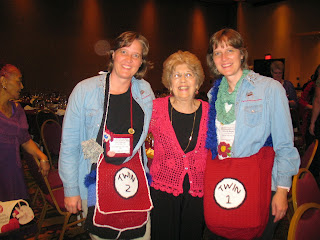 Here I am with Twin1 and Twin 2, we had a lot of fun with the twins! 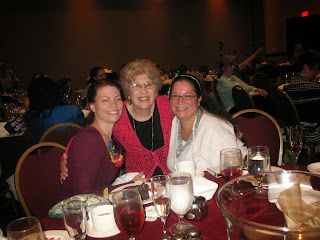 At the banquet and Fashion Show with 2 of my students, Jessie Anest Rayot and Lorene Haythorn Eppolite. 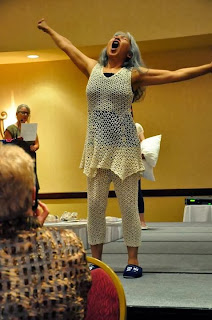 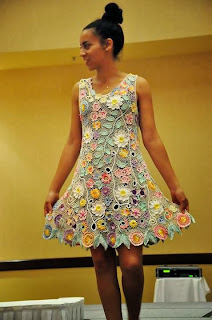 Brandyce, from Lion Brand Yarns, modeling the Grand Prize winner. This dress was so stunning, photo does not do it justice, Brandyce looked gorgeous in it. 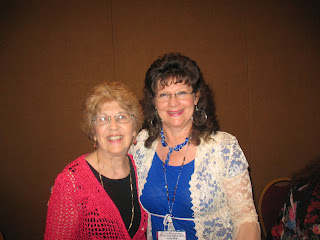 Jody and Me enjoying the festivities 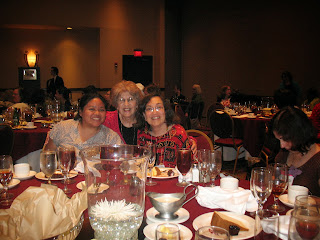 Two more of my students at the banquet 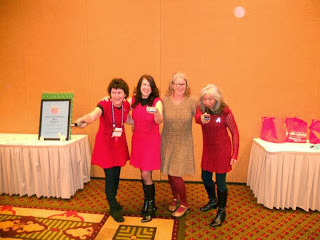 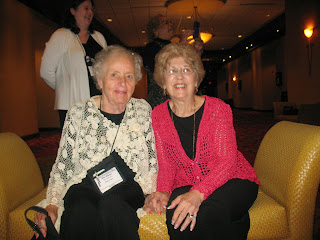 Rita Weiss and Me, Rita was just inducted into the Jean Leinhauser Crochet Hall of Fame. 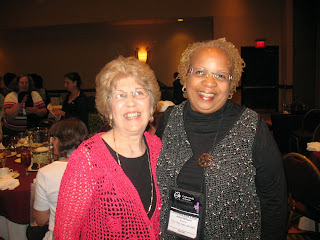 Janet and Me. Janet was the student that I did not recognize as being a student of mine several years ago.  I was describing an incident when I tried to change a student's mind as to her color choice and how wrong I was to try to do that. Suddenly, Janet raises her hand and tells everyone that she was that student.  Was my face red, good thing that I was only saying nice things about Janet's bag. I will not forget Janet again :-). 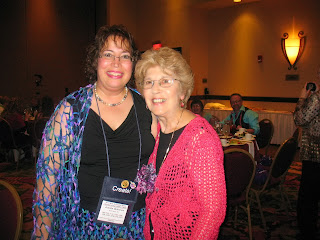 Juanita was another student in my Free Form Class and Juanita's work was beautiful. 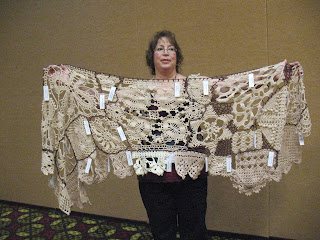 Juanita's shawl that was made using many different motifs from a very old book.  It was just beautiful.  Juanita was part of group that translated all the old patterns, and the shawl was her project with them all.

Hope every one made good use of their extra hour today, I just did :-)

Margaret
Posted by Margaret's Hooks and Needles at 1:14 PM 1 comment: